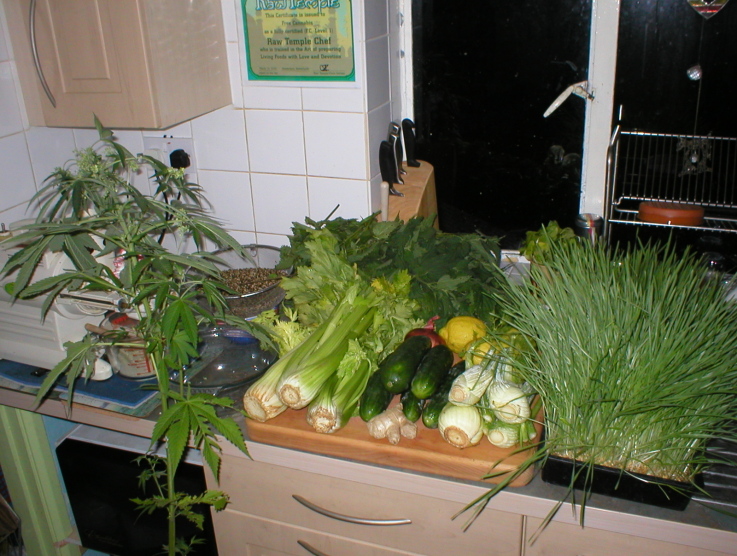 A Green Hemp milk is a feast of wild and cultivated Greens juiced with Hemp Seeds.

This drink has formed the main part of my nutritional intake for at least the last 10 years of my life and was initially very much inspired by Abe of Hempseed Organics.

To start I mix up a selection of super foods such as powdered Hemp leaf, Spirulina, Chlorella, Kelp, Bladderwrack and Macca which I blend with water into a paste.

Depending on the time of year I will then go foraging for wild greens, often from the grounds of Glastonbury Abbey when I’m at Hemp in Avalon. The greens I go for most are nettles, cleavers, dandelion, and a little bit of grass.

I then start juicing a selection of the following: lemon, celery, apple, cucumber, fennel, onion, garlic, ginger and chillies along with the wild greens and the occasional spoonful of soaked Hemp seeds.

The resulting drink is, I feel one of the highest vibrational, healing drinks on the face of the planet.

When the drink is made it is important to drink it as soon as possible, as a drink like this does not keep fresh for very long. 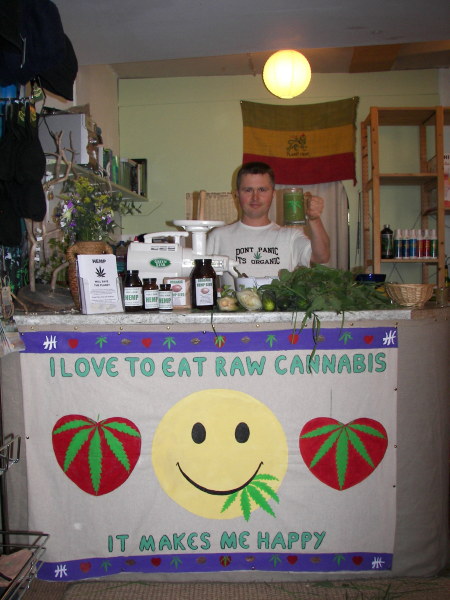 filmed by dear friend Rev. Shiva Samadhi Om (aka Lakshmi Love), who recently passed away into the light.